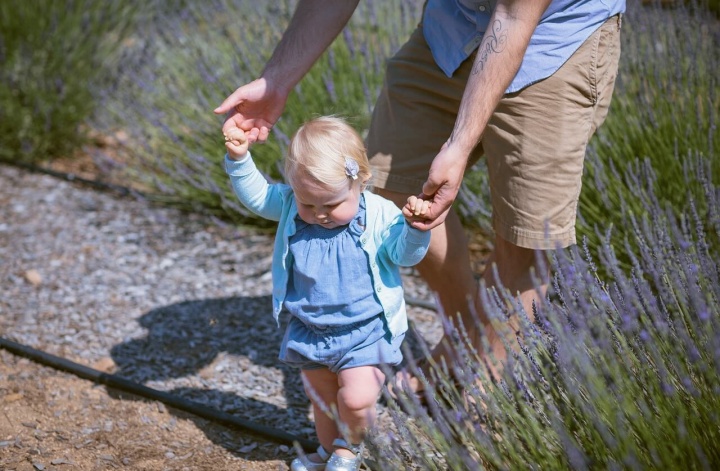 I‘m doing a lot of cleaning up of my websites and finding old blog posts that I never posted. This is one of them. Judging by the fact that I mention in it that it is my daughter’s last year of homeschooling, this would have been written during the 2018/19 school year.

I do this a lot…I get inspired and write a burst and then fizzle out and never get back to it. So I’m adding an image and posting this because it actually is decent and I think worthy of posting.

I just had a light bulb moment.

I do that sometimes.

WARNING: This is going to get long and rambling. I apologize in advance. This is a post where I work things out by “talking” it out in writing…If you make it through the whole thing and get something out of my string of thoughts, talking to myself…I’d love to have you comment below and continue the conversation with me!

My son was stressing over doing his chores when he got to a part that was particularly messy (hasn’t done in awhile). And, like I always do, I reminded him to NOT. EVER….no NEVER NEVER EVER look at a whole big job! It will ALWAYS overwhelm you!

“Stop looking at the whole job, dude! Remember what I taught you? Just look at the pieces…the things you know where they go. Things you know what to do. Things that are easy peasy. Do THOSE THINGS first. Do NOT stress over the big picture!! It’s never going to bring you anything but ! BREAK. IT. DOWN!!”

My dad taught me this growing up and I’m passing it along to my kiddos. My dad always talked about BABY STEPS. Break every big job into baby steps!!! It’s served me WELL over the years!

…”Then, after you’ve put this away, and that away, and after you’ve done this part and that part…the little parts, the little things…the whole job gets smaller and easier to handle!! of cake! PLUS you start to feel more energized and good about what you’re doing! And pretty soon you are whizzing through the whole job and you are on FIRE!!”

I told him: “This works for ANYTHING in life! Whenever you are feeling overwhelmed by something that seems too big to even start… BREAK. IT. DOWN. Put those blinders on, block out the big picture, and just do it piece by piece.” BABY STEPS.

Then it HIT ME.

I could be doing this with homeschooling!

Because it’s been overwhelming me quite a bit lately, as I stress over the fact that this is my daughter’s last year. (12th grade! Time flies!)

I’m going to be honest with you…

I’m on my, what? 13th year of homeschooling? And I STILL am not happy with how things are going. Never.

I’m sure others would look at my kids, now 13 and 18, and say that they are smart and have learned plenty. But things have never fit into my image of what *I* want our homeschooling to be.

A big part of that is because I’m so ADHD that I can never seem to get my act together. Not for long.

Another big part is that my kids’ desires always seem to clash with mine. *sigh*

The dream NEVER matches reality, does it?

But I digress…So how would this whole breaking it into pieces look for the homeschooling big picture?

I’ll have to think this some but off the top of my head…I seem to always do better when I focus on ONE THING AT A TIME. Here that could be one SUBJECT at a time.

If the big job is all these separate subjects and getting my kids to learn ALL these things…and that’s far too overwhelming…and the solution is to break it down into manageable pieces… Then maybe I need to let go of every other subject temporarily and focus on getting on track with just ONE right now.

(Well, in reality, it would still be at least math, spelling, and typing, because my son will still need to continue doing his online curriculum that I purchased for him that he does independently. That’s not going to change, as I find he loses his skills if he doesn’t do these daily. So I suppose I mean one subject that *I* am working on WITH them.)

I do still like my idea of “Experience-Based Learning” (which I, again, got off track with. No surprise.) …because it’s such a simple and engaging technique. It’s different and I can get into it more if I modify it a bit from my original idea. I need to not rely on ME doing all the research ahead of time…that just won’t happen. It’s too much work for me.

When we were doing it my kids seemed to like it. Ask them now and they’ll just shrug. But that’s how they are about anything they don’t initiate themselves these days. *sigh* At least they will go along with me if I speak to them earnestly about how important it is to me. I’ll start there.

So I’m thinking that I will pick a subject that I feel is the most important to my daughter learning before she graduates… It’s very important to me that she learn as much about how our country’s government works as possible. Something that will be important to help her be a good citizen in her adulthood.

We started learning some about this in recent weeks… so I think this might be the “piece” that I will pursue currently. It actually is a topic that isn’t necessarily unending, unlike something like science or history… we don’t need to learn EVERYTHING on the topic. Just enough. And it lends itself nicely to other subjects folding in…

I think it could nicely transition into learning about world geography! Which is another subject that is super important to me that my daughter has a working understanding of before she She’s got a fair understanding, but I want her to learn more.

So there are 2 pieces that I think I will put on my thinking cap and brainstorm ways to dive in and tackle in an engaging way…instead of stressing over the big picture of every subject and everything that my kids “need” to know before they are done. That’s just far too much to think about and tends to make me freeze up.

If you get nothing else out of these rambling thoughts, get this:

If you are feeling (like me) totally overwhelmed by all that you feel you need to do as a homeschool parent…Don’t try to tackle EVERYTHING at once!

Pick one or 2 things to focus on and do those really well! Deep !
And then either add more or move on to other subjects.

Some people can handle juggling multiple subjects at once. I don’t think I’m one of those people. I feel much less scattered focusing on one project/subject at a time. One piece at a time. Baby steps.

Makes that massive list of things to do get smaller and smaller, doesn’t it?

Once my kids learn the ins and outs of the US government, what the offices and jobs are and who are in those offices currently…we can watch the news and actually understand what we are watching and have conversations about it! And understand what’s going on!  And we can move on to another “school” subject! Check “government” off the massive list of things to learn!

That’s as much as I wrote. I will just leave it there since it was LONG enough! I’ll wrap it up with a follow up…

I have somewhat done this with my homeschooling. I have tried really hard to focus on things smaller scale. And I do think this has helped me to accomplish more with my kids.

I had gotten way off with math for my son, so I focused really hard on that for him for a couple of years and he’s basically back on track now. I’m pretty proud of that.

I stayed on task with typing and my son is now a whiz-bang typist!! I cannot believe how fast he types! Not sure about his accuracy, but I’m not always accurate myself…we manage. As long as he is able to function without the one-fingered typing, I’m happy! My daughter got started much later (older) with learning touch typing and had already gotten a muscle memory going with her own version of typing so she stuck with hers. It works for her. Still not one-fingered!

My daughter graduated in 2019 so it’s not something I deal with anymore…Other subjects are going much better with my son as well…when we get way off track, I just back off of a bunch of things and focus on what’s lacking and that has actually worked really well for us! So I guess I did actually follow through on this whole idea in a way!

Baby steps!! They really do work!!

Back to relaxed homeschooling