good lord but parenting is HARD!

i know i am growing and changing all the time…loosening up on some things and perhaps strengthening my convictions on others. there are things i feel strongly about today i probably won’t a year from now. things come and go and life changes me, as it does everyone.

i was just having a conversation with adam about how i feel about our kids associating with other people’s kids. this is one thing that i’ve loosened up on over the years…as would be expected. first time parents are certainly not going to do things the same as they do 5 or 10 years later. that’s just natural. and i don’t think that most of what i did back when i was a new parent was wrong, at the time, for me or our family. i have learned to not be so extreme on some issues…and some issues have just become not so important to me…and i’m sure that will continue to happen til the day i die!

i will admit that in a perfect world i would wish that my kids would associate only with kids that embodied the behaviors i wanted my children to learn. and since i value these behaviors and ways, i of course will tend to gravitate towards like-minded families, hoping that that will make it more likely to be present. hence, my wanting to stick with attachment parenting and homeschooling families. BUT just cuz a family is AP or HS, doesn’t guarantee that they have children i want my children to associate with. i could list quite a few families that are in these circles that i DON’T enjoy and do not want my children being exposed to to any great extent. and on the flip side…there are non-AP, non-HS kids that do act in the desired fashion. so its not a perfect method. but i still feel more at home with families that value the sort of things that i do. and right now in my life that means i prefer to be with AP and HS families (often families that are both). i don’t know what i’m getting otherwise. i worry with someone that i don’t know their parenting philosophy whether i’m going to be exposing my children to a parent that slaps their kids around or bullies them into submission. mainstream parenting tends to be much more accepting of this behavior where AP is not. that said, i do know of APrs that don’t talk to their kids in a respectful way either and i do not enjoy being around…but in my personal circle they are still few and far between.

i don’t know, its all so friggin confusing. i am not saying that i don’t want my kids to ever be exposed to other ways. but right now, while they are little…it is important to me that they are saturated (as much as possible) in like-mindedness and hence their compass is programmed with this as “normal”, not the alternative. i like to limit my children from being around parenting that i disagree with because i don’t want them to think that THAT is normal or in any way acceptable, by our standards. i have had conversations with maeven (and will with tyren when he’s old enough to warrant it) about things we’ve seen and heard in public…things we don’t agree with…and i always make sure its clear: “they get to decide how to parent THEIR kids, and we get to decide how to parent OURS…its not our right to tell someone else how to parent their kids.” i have said that many times to maeven. and also “they think its ok to hit their kids…your parents don’t.” (or whatever else we witnessed, belittling or name calling or screaming obscenities at, whatever…luckily this hasn’t come up that much.) i am trying very very hard to not teach my children to judge, but just to know that everyone decides for themselves how they live their lives …as do we…and everyone’s different and different isn’t bad. different is just different.

anyway, i’m getting distracted by what sounds like a child screaming outside (not mine…neighbor, presumably), and maeven and tyren are both chomping at the bit to get on the computer so i guess i better digress for now. having a time focusing anymore anyway and forgetting where i was going with this.

why do i care so much?

time to drag out my playful parenting book

my son, the comedian 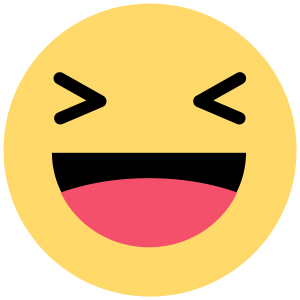