Today I worked on the refrigerator. Oh. My. God. That was a LOT of work! It was so disgusting!! Took me HOURS!!

In these before and after pics of the outside, it doesn’t look as dramatic as it could have been because most of the work was on the inside. But notice all the garbage piled on top of the fridge in the before pics…there was a lot up there I just threw away and it was like an inch thick with dust. Bleh. I also threw out a bunch of magnets and random stuff on the outside of the fridge. Not everything, because then my kids would mutiny. 🙂

I’m finding that as I work on one area, I’m sometimes thinking of things in another area that would work better in the area I’m working on, and I’m pulling that stuff in as appropriate. So far that is working really well…I just have to be careful not to get sidetracked and start working on another area instead, LOL! I keep reminding myself what area I’m working on and just pull stuff into it, leaving the other area’s organization for when I get to it.

Here’s the inside “after” shot of the fridge! Good thing the fridge was pretty empty already, so it was less work than it could have been. 🙂 Since I don’t have a before picture, I’ll just tell you…the inside was slimey and gross in places. A lot of places. So this is all clean and sparkly now in comparison. It’s such a good feeling to finally not be grossed out when I open the fridge anymore! 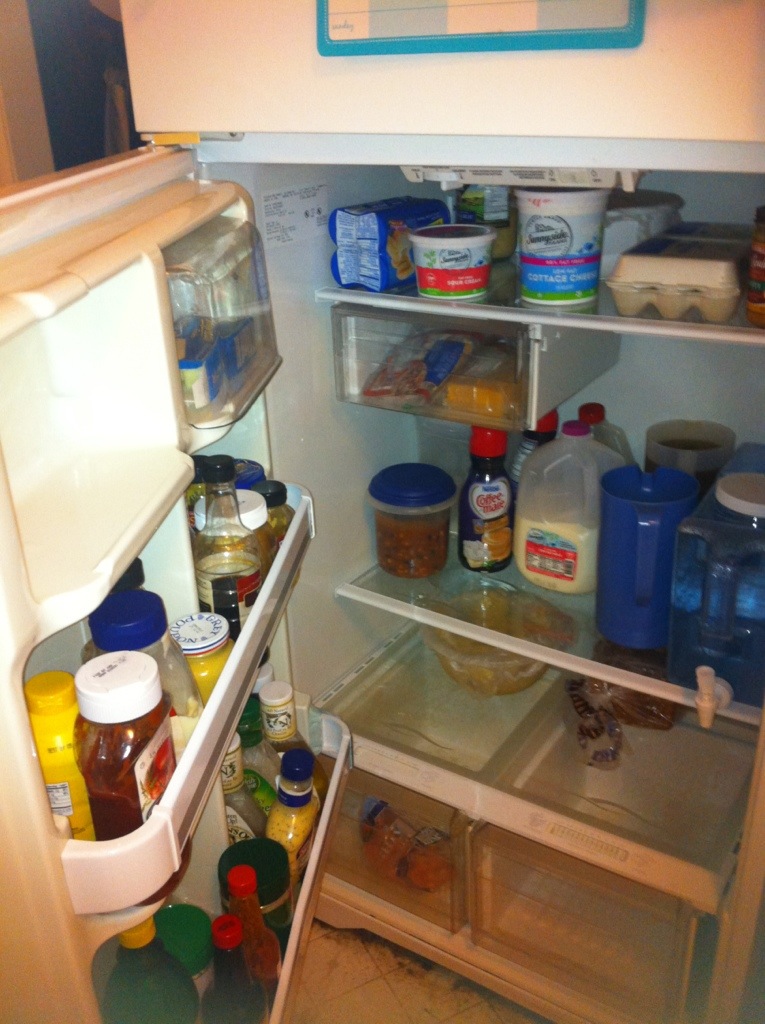 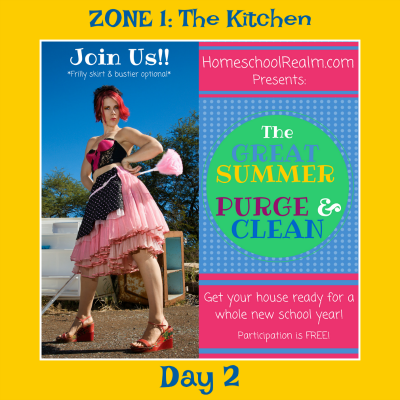 Too hot for yard work