MUSIC REVIEW: John Lithgow-Sunny Side of the Street

The Sunnyside of the Street, John Lithgow

I recently received this cd for review from John’s marketing coordinator and I have to say WOW!!

I was a fan of John’s before, so I already expected this to be good…but was just really impressed with how different this cd is compared to the other one I have, “Singing in the Bathtub.” (He has another cd as well, Farkle & Friends, that I haven’t yet heard, but I expect to be just as excellent as the other two.) I love the other cd, but it’s always refreshing to find an artist that has 2 very different sounding CDs that are every bit as good as the other!

Most of the songs on this cd sound like they are right out of an old black & white movie. Something in the era of Fred Astaire/Ginger Rogers. And it seems that was his point. I really like my children to be exposed to a variety of kinds of musical genres and eras so this cd really very much pleased me in that sense! Not only that, but I hadn’t realized that I myself enjoyed this kind of music until now! After listening to this cd, I’ve decided to go in search of more music from this era, especially those famous crooners Bing Crosby and Frank Sinatra (I was already a fan of theirs, I had simply forgotten, entrenched in kid music as I have been lately)…including getting some old black and white musicals.

The title song makes me dance in my seat (we usually listen in the car) and feel like life is a-ok…Same with “Pick Yourself Up.” My daughter can’t listen to “The Laughing Policeman” enough times (it makes us laugh!)  and “Getting to Know You” makes me have fond memories of watching “The King and I” as a child…and make a mental note to check it out from the library soon to show my daughter! (We’ll fast forward some parts that wouldn’t be appropriate for a 5year old…)

There are some other songs on this cd that sound more like the kids music on Singing in the Bathtub (and just as good!), but most of the songs are big band style music made to appeal to modern children…altering some of the lyrics to be appropriate to children…very very neat!

I HIGHLY recommend this cd! There’s a feel to it that I have yet to find in any other kids cd…check it out!

And here’s John’s website, in case you want to check it out. I’ve linked to his “Kids” page, where he lists his products for kids.

To learn more about my philosophy on kids music and where I’m coming from, visit this page. 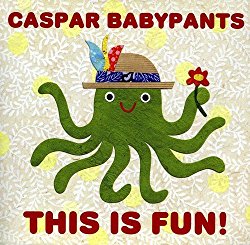 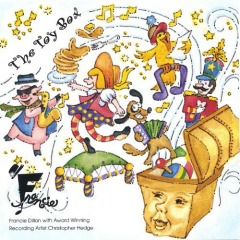 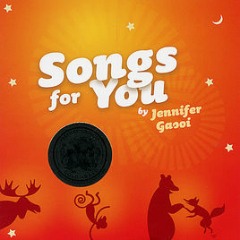 MUSIC REVIEW: Jennifer Gasoi-Songs for You