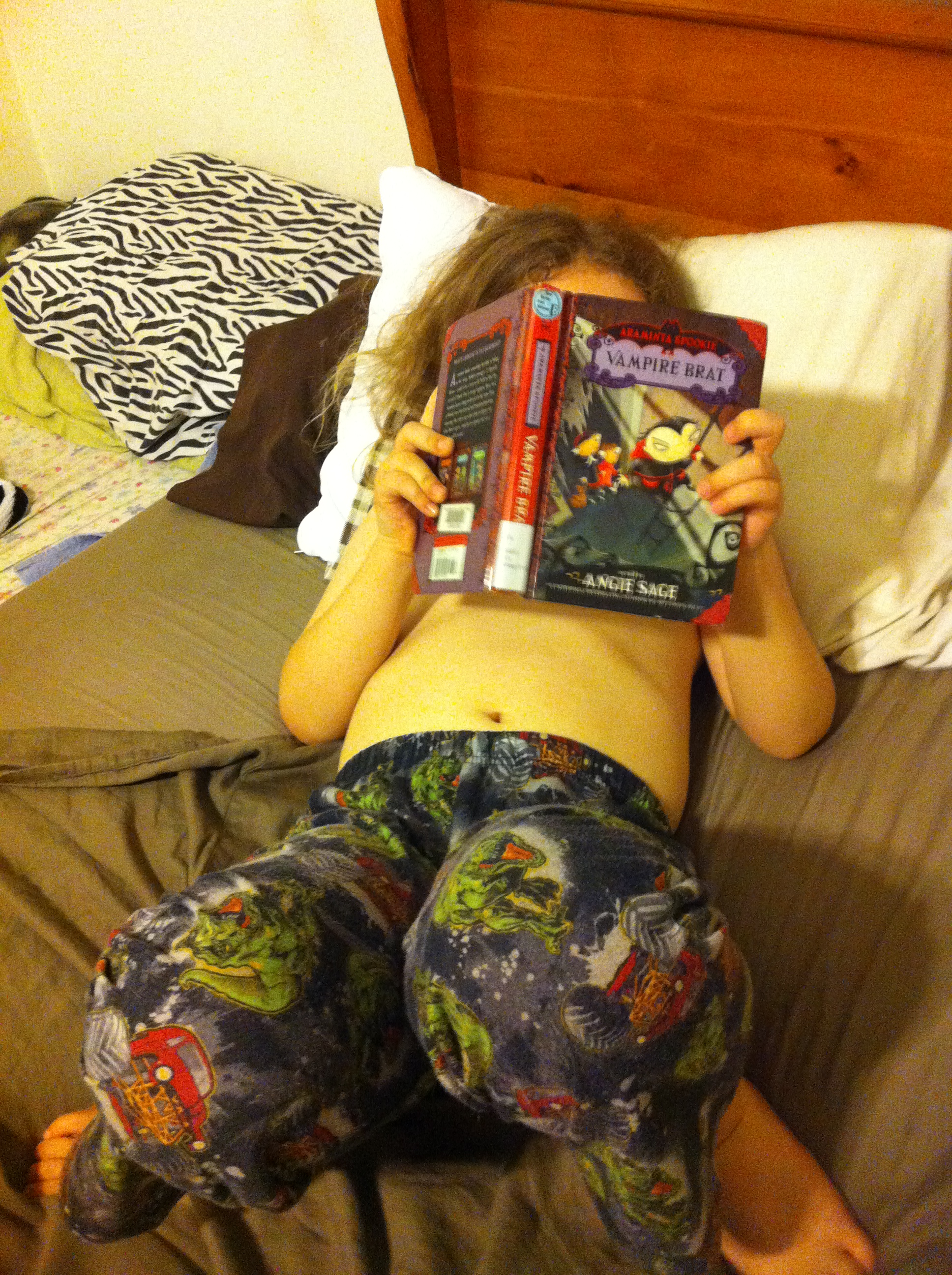 Do you have a voracious reader in your home? Is he a boy around age 7/8yrs old?

My nearly 8yr old son is just devouring books lately! The problem is finding books that are high enough quality for him, on a topic that interests him. He does enjoy the [amazon_textlink asin=’0375849912′ text=’Magic Tree House Series’ template=’ProductLink’ store=’homeschoolrealm-20′ marketplace=’US’ link_id=’81e90f1d-3171-11e8-bb8d-8d6b6288e9f9′] , but seems to be tiring of the formulaic plots lately.

I discovered a darling and very well written series that was right up his alley: The Araminta Spookie series by Angie Sage.

Then I went looking in the regular children’s fiction section, along side all the longer books are occasionally shorter books. And the quality of the writing is higher quality sometimes, but not over his head in content (depending on the book, of course). That’s where I found the [amazon_textlink asin=’1442487984′ text=’Spiderwick Chronicles’ template=’ProductLink’ store=’homeschoolrealm-20′ marketplace=’US’ link_id=’07cf6fa9-e3b5-11e7-b9f1-1f343b381ac5′] by Holly Black and Tony DiTerlizzi.

I knew about the series because of the movie, but never had actually looked at the books. Short, and with some pictures, similar to the Araminta Spookie series, I thought he might enjoy them. Man did he! Devoured the first 2 in less than 2 days! And begged me to order more!

So now I need to read Spiderwick as well, of course. Because I can’t be missing out on any good reads!!

Do you know of any more good quality series in the in-between reading level phase? Something similar to what I mentioned above, but actually good literature? (Although, I do so love that he’s getting history in the Magic Tree House books…they are sadly low quality in the way they are written.)  Leave me a comment and let me know if you know of any other great series in this age/reading level! I want to know!

Book of the week: The Garden
BOOK REVIEW: Mr. Revere and I: Being an Account of certain Episodes in the Career of Paul Revere,Esq...
Book of the Week: Poetry Speaks to Children
My new "Experience-based Learning" system