what to do in this heat?

seriously things are bad around here. it was 112 yesterday! i’m not surprised. we didn’t even attempt to leave the house.

we’re watching videos and playing on the computer far too much for my liking…but really, there’s not much else to do. well there is, but i haven’t yet thought of something i actually want to do that the kids want to do. i want to take them swimming but the air is so stinkin bad. and frankly i don’t want them out in the sun that much. but we’ll go anyway, at some point this week. because, well, you have to swim when its this hot. i wish i could get a membership to swimamerica…they have indoor swimming. then the air and sun is filtered and i wouldn’t worry so much about it. hm, i know they’re expensive, but i may just look into it anyway.

i’ve been trying to think of stuff to do that the learning village could have something like a “summer fun” type thing…maybe like a drop-in summer camp, but for moms/dads and kids together…not just dropping the kids off and paying a fortune. a co-op. but there’s not a big air conditioned building to do this at TDC. there’s small buildings, but i was thinking something big enough to have several different activities going on at the same time. like a gymnasium would work. i guess i could look into a church fellowship hall…but i’m sure they’d all cost a pretty penny to rent them. plus i’d really rather be at TDC. they do have a bigger building, but they use it for summer camp…which goes on til mid-august, i think…plus if we were using that too, we’d need to rent it. i guess i can just think smaller scale and use the little building that we are already renting. it might not draw that many people anyway. i just need to have ideas for activities to do. that shouldn’t be a big problem.

there’s so much i need to get worked on but the heat is making me just lose sight of it all. i’d love to take my kids somewhere out of the heat…yosemite would have been nice this weekend, when it was free, but maeven was vomiting all day on saturday so that day was out. and sunday we just didn’t feel it was a good idea to take her anywhere just a day after being that sick. so we just stayed indoors.

i have to say, though, we did get a few things done (grocery shopping, for one) including making some cardboard creations for the kiddos. i’ll have to post pictures when i get some taken. maeven now has a cardboard playhouse in her room (takes up the entire room!) and tyren has a cardboard firetruck in the living room. he’s in there right now, watching tv through the windows, LOL.

we also got a bunch of videos/dvds from the library on saturday when maeven was sick, so we still have some that they haven’t watched. so that’s something to do. but i don’t want them in front of the tv all day.

well, i just have to think harder and get something sorted out. if only i had the energy! this heat seriously sucks the life outta ya!

Too hot for yard work

hoping to get back on track tomorrow

let’s see if i can do this 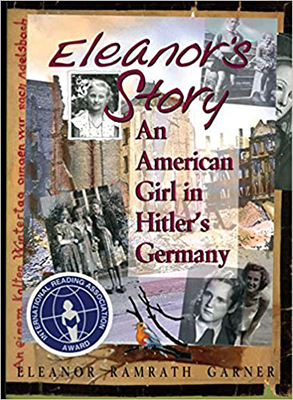 A book to touch your soul

OMG this is WILD!

Don’t you just love getting an #amazonpackage ??